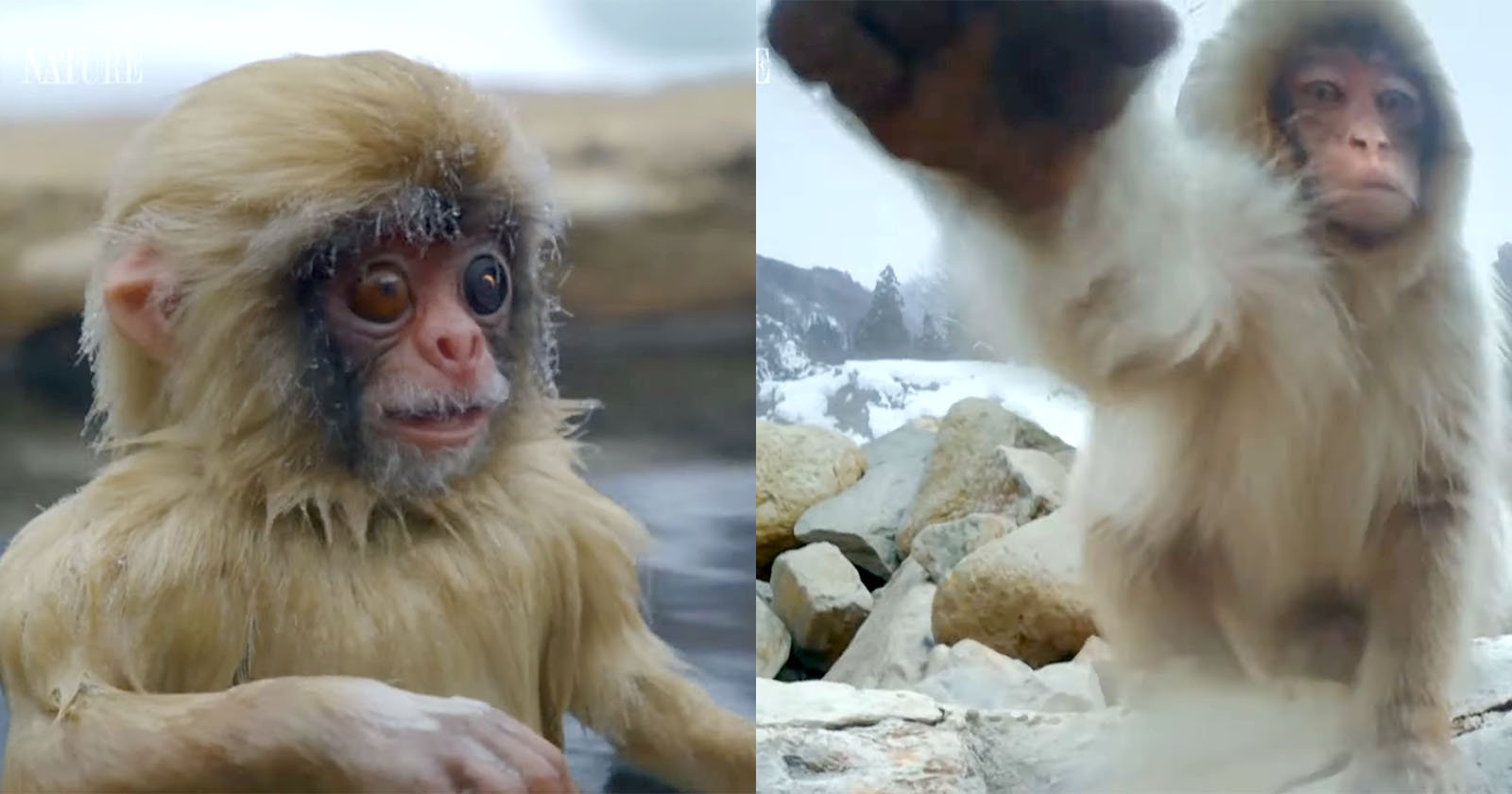 For the new PBS series Spy in The Wild 2 – The North, a wildlife documentary crew used a creepy-looking monkey spy camera to capture footage of Japanese macaques bathing in mountain hot springs. While on its mission, the robot monkey befriends a curious baby macaque for a brief time before its mother pulls it away from the stranger.

The Spy in the Wild series has previously deployed a wide range of animal-lookalike cameras, including a hyena, gopher, and crocodile.

(via Nature on PBS via Laughing Squid)