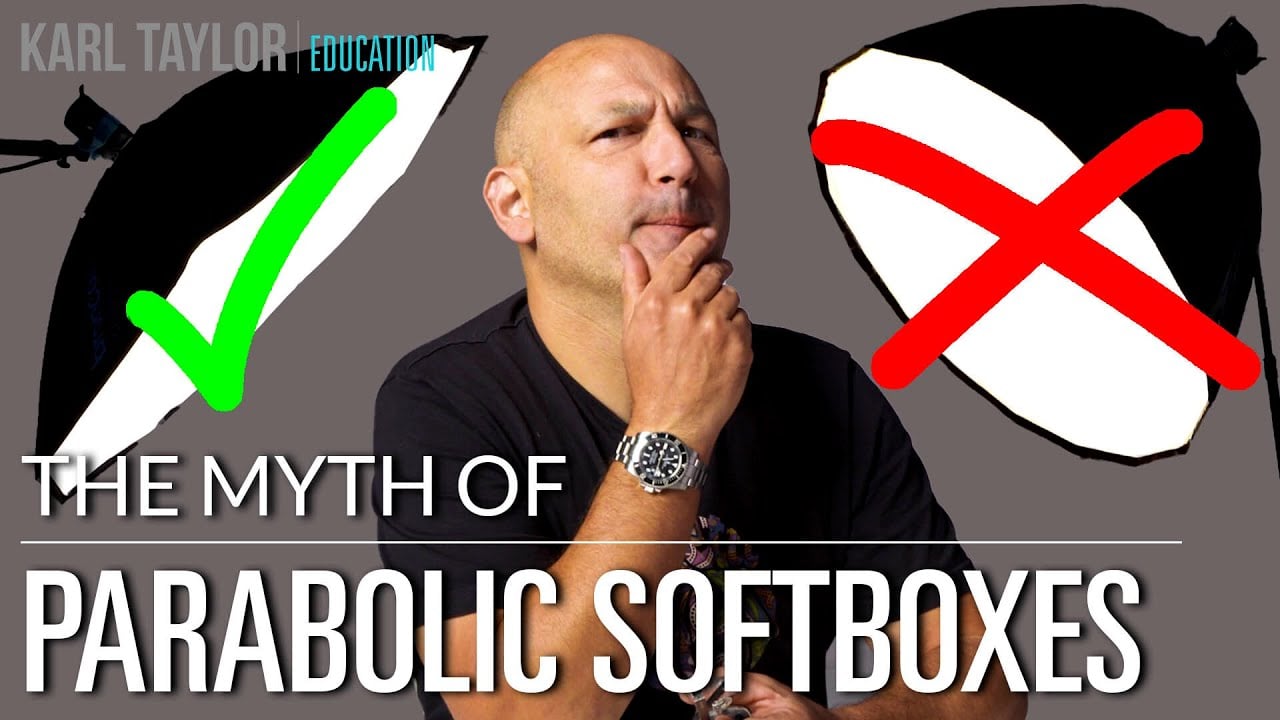 Photographer and educator Karl Taylor believes that parabolic softboxes are nothing more than marketing and that any conventional softbox can achieve the same results. In this 10.5-minute video, he proves it.

“It never ceases to amaze me how certain products are created purely for marketing reasons,” Taylor says. “When in fact they have no physical or practical advantage whatsoever over existing products.”

He says that parabolic softboxes are a perfect example of this.

“They hijacked the word ‘parabolic’ from parabolic reflectors and merged it with the word softbox to make a mockery of the laws of physics. They take up three times more space in your studio than necessary, are much heavier and more cumbersome, and they don’t deliver anything different.”

At first, Taylor thought that there must be some advantage of the parabolic softbox design that he wasn’t seeing that would make it different from a standard octagonal softbox. He performed a couple of tests with each light modifier, with the front and middle diffusor on, with only the middle diffusor on, and finally a bare bulb.

Taylor laments the size and weight of the parabolic and seems genuinely angry at the existence of the device. His results show that with any diffusion in front of the bulb, there is virtually no difference between the two light shaping tools. There is a slight difference between the bare bulb shots, though. Given the shape and materials the two boxes are made of, this is an expected result: In the rest of the video, Taylor shows how you can get the same look provided by the bare bulb parabolic above with a lot less cumbersome equipment.

It is important to note that Taylor does not dislike the idea of a parabolic reflector, but the parabolic softbox. A true parabolic reflector has the light facing inwards, towards the back of the dome, and is on a rod to allow you to adjust the focusing of the light. These parabolic softboxes do not have that feature, and when diffusing the light out like is most common, there is no reason for them to exist when the octobox achieves the same result more easily and, often, for less money.

Do you agree with Taylor’s stance? Let us know in the comments. For more from Karl Taylor, subscribe to his YouTube Channel.