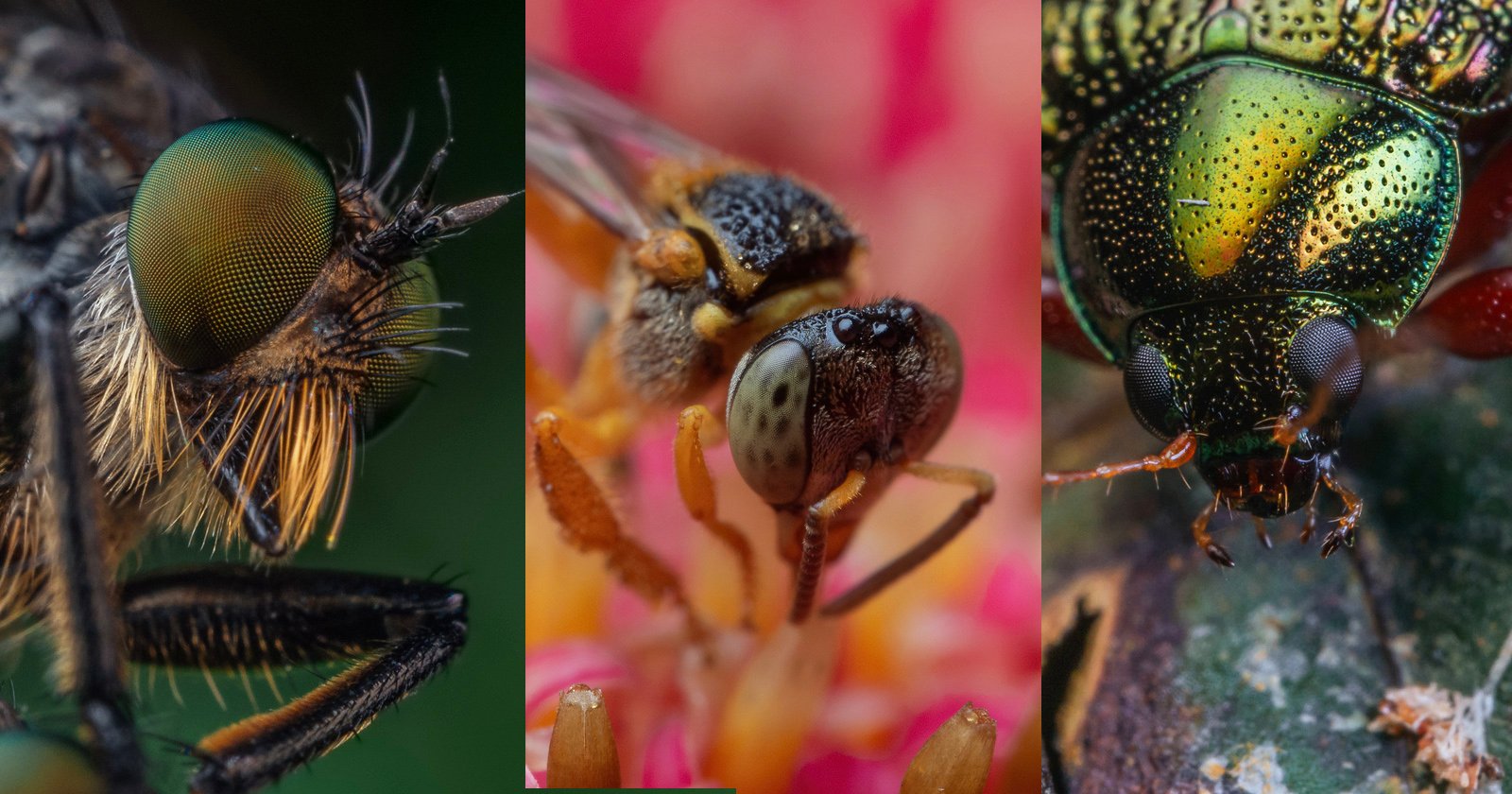 Photographer João Burini has published a review of the Laowa Venus 50mm f/2.8 2x Ultra Macro APO for micro four thirds after a long time shooting with the lens. He has captured a large number of beautiful images of insects, and calls the lens “the best macro option in micro four thirds.”

Burini is a biologist who has been photographing insects in the Brazilian Atlantic Forest for more than 10 years, but to this point always with reverse lenses or a telephoto achromatic lens. He purchased the Laowa 50mm f/2.8 the day it launched and believes that since then, it’s not getting the attention it deserves especially since it is one of the few lenses the company makes that includes an aperture control chip for communication with the camera.

“First thought holding the lens was that it’s heavier than what it looked,” he writes in his review. “The lens doesn’t extend as you change magnification; this is one of my favorite parts of it too.”

However, he says that he wishes the focus ring was a bit easier to turn: “Because I shoot single handedly, holding the flash on my other hand, so it’s much easier when I can change focus with just one finger instead of needing to grab the focus ring.”

Burini says that he was impressed with how sharp the lens is even wide open and that if there is a difference between the sharpness of the edges and the center, it’s so minimal that he did not notice it.

“It’s surprising that f/2.8 is the sharpest aperture (at least in 2:1),” he says. “Between f/2.8 and f/5.6 the difference is so minimal you really have to peep at 200% to notice it, beyond that the degradation starts to get more obvious (and diffraction blurriness happens with every lens). At 2:1 vignette is pretty noticeable wide open, in the video review you can easily see the corners brighten up between f/2.8 and f/5.6, at 1:1 the vignetting is less pronounced.”

Burini says that even if he disregards the outstanding performance wide open, at 2:1 in his usual photos stopped down to f/8 or f/10, he doesn’t think anyone would be able to tell the difference between photos he took on this lens or those taken on his reversing lenses.

“Having this Laowa is actually feeling more like a luxury of making the shooting experience easier – I can’t stress it enough the difference it makes to be able to easily judge focus with the aperture kept open with the electrical contacts, it’s a breeze to shoot with it.”

Burini says that the bokeh isn’t particularly attractive at normal portrait distances, but for his use, that didn’t end up being a concern.

“The Laowa 50mm is equivalent of a 100mm f/5.6 so not that useful specs for portraits regardless. Otherwise, in macro or not terribly contrasty scenes, the out of focus areas are smooth, and stopped down the bokeh shows a polygonal shape of the 7 aperture blades.”

“For me this is Laowa is now the best macro option in micro four thirds,” he concludes. “I wouldn’t normally consider lenses that do only 1:1, and besides being a 2:1, having the electronic aperture control makes it terribly easy to shoot at high magnification.”

Burini’s findings generally match the conclusion Nicky Bay came to in his review published on PetaPixel in August. This makes two talented insect photographers who have had nearly entirely positive things to say about this relatively inexpensive lens.

Click here to read Burini’s full review and see more images he captured with the 50mm f/2.8 macro, and for more from Buruni you can subscribe to his YouTube Channel.

Image credits: Photos by João Burini and used with permission.